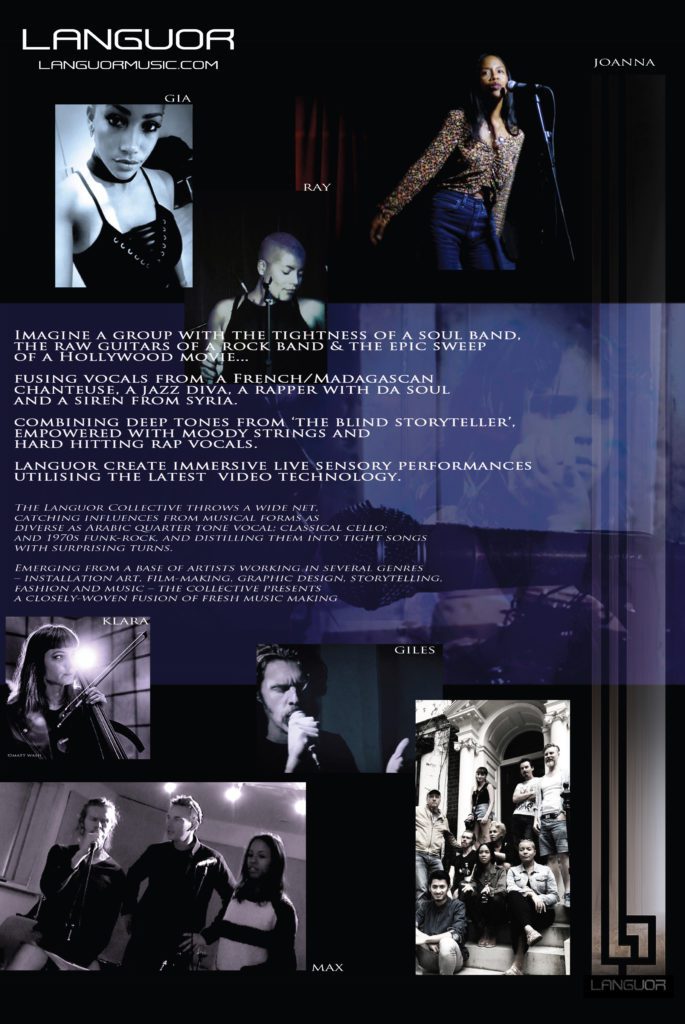 Languor (Collective) was formed in 2016 by artist/film maker Max Maxwell & guitarist Leigh Trowbridge.
Max, the primary composer in Languor has worked as a design assistant to Brian Eno and as a
show designer for Roger Waters (Pink Floyd) tours, Feeder, Amnesty International, MoBO awards
and Madame Tussauds.
Leigh Trowbridge is a publisher and an experienced guitarist with 100’s of performances on the live circuit.

Lead male vocalist Giles Abbott is registered blind, and is known as ‘the blind storyteller’ on the
storytelling circuit, but his disability has not prevented him for carving a career as a singer and performer.
Lead female vocalist Joanna Rabeson is from Paris and sings with a distinctive and powerful style.
Singer Songwriter JJ Rosa has featured on a number of Languor tracks showcasing her impressive and
idiosyncratic guitar playing.
Cellist Klara Schuman and violinist Phoebe Tsang add their classical overtones and expertise to the
Languor tracks.

Languor’s debut performance was at a prestigious gallery in Islington, London and followed by a
successful show at Underbelly Hoxton. 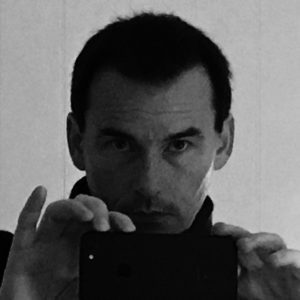 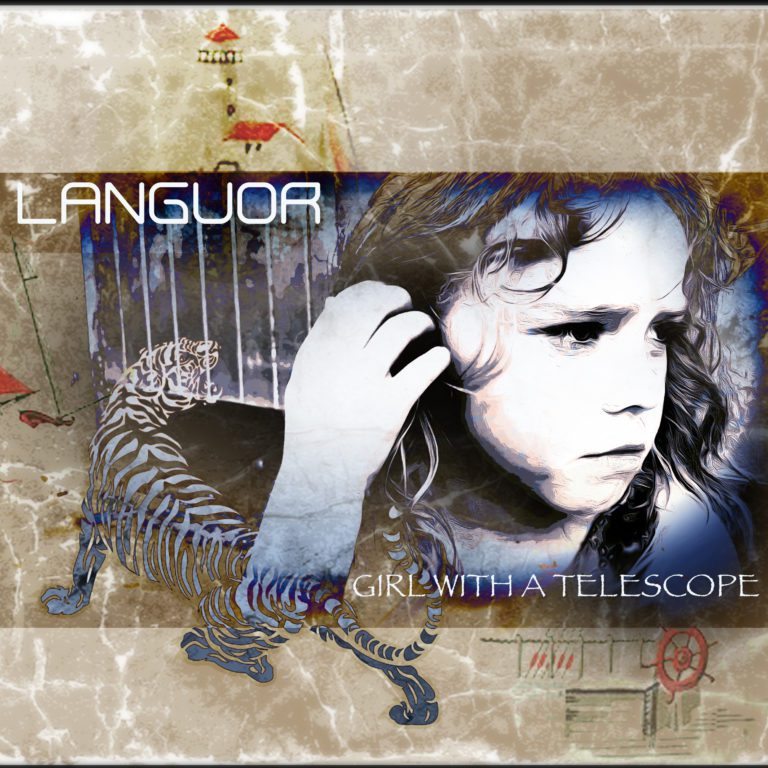